Falling for beauty with October 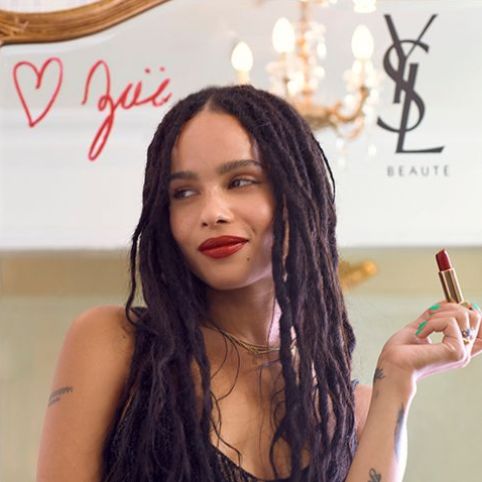 Channeling the special brand of Kravitz cool - YSL collaborated with IT girl Zoe Kravitz for a new lipstick line. Each sumptuous shade in Rouge Our Couture is named after someone important in Zoe's life. The luxury house engaged their followers with an instagram story takeover featuring an intimate interview with Zoe Kravitz. They also gifted luxe PR boxes to unveil the collection’s 6 new shades of red.

To promote their Ginzing Moisturizer that now gives skin 72 hours of hydration - Origins launched the ambitious #72HourChallenge. For 3 days, Origins promised to plant 1 tree for every 1 minute participants exercised, with a goal of planting 72,000 trees. Working with 3 major fitness influencers, Origins promoted the campaign digitally and with engaging fitness classes hosted in Herald Square!

On the eve of their second year anniversary of arriving in the United States, Innisfree, the ever-expanding KBeauty powerhouse has launched at its latest location - Sephora’s across the United States! The brand promoted this major global first with a digital campaign that seamlessly combined the aesthetics of Innisfree with those of Sephora.